“Going where I’ve never been, documenting people on the fringes of society and finding the astonishing in the commonplace.“

American photographer Diane Arbus, born in 1923 as Diane Nemerov to a wealthy upper-class family. She started her professional career as a fashion photographer along with her husband, Allan Arbus. Together, they photographed models for leading fashion and lifestyle magazines as well as advertisements but in the 1950s, Arbus decided to venture into art and street photography after being mentored by photographer Lisette Model and began to document the various citizens of the city especially the marginalized communities such as the physically handicapped, the transgender community, circus performers and the mentally ill.

Most of the scholars and academics who have written about Diane Arbus and her photographic career, have delved in detail into her ‘unorthodox’ private life by stating unverified claims of incest and intimate relationships with some of her subjects as a way to analyze and interpret her work. 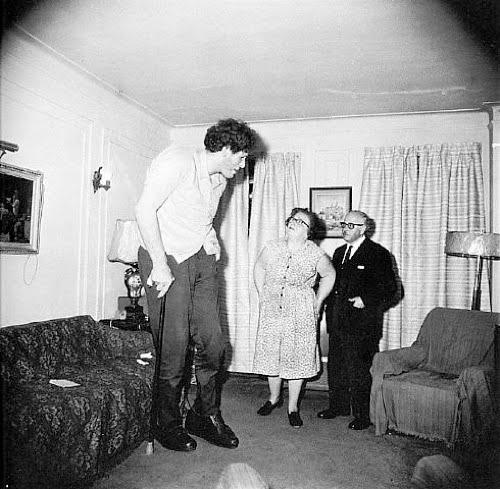 Eddie Carmel who appeared in the photograph ‘Jewish giant at home with his parents, Bronx, N.Y, 1970’ had mentioned in an interview after Arbus’s death that he considered the photographer a ‘friend.’

“What makes Arbus’s use of the frontal pose so arresting is that her subjects are often people one would not expect to surrender themselves so amiably and ingeniously to the camera. Thus, in Arbus’s photographs, frontality also implies in the most vivid way the subject’s cooperation. To get these people to pose, the photographer has had to gain their confidence, has had to become ‘friends’ with them.”

The frontal pose of the subjects is able to create a multi-directional gaze between the subject, photographer and the viewer. Wherein, the eye-contact maintained by the subject to the camera can lead viewers to believe the subject had agency in the photographic process. 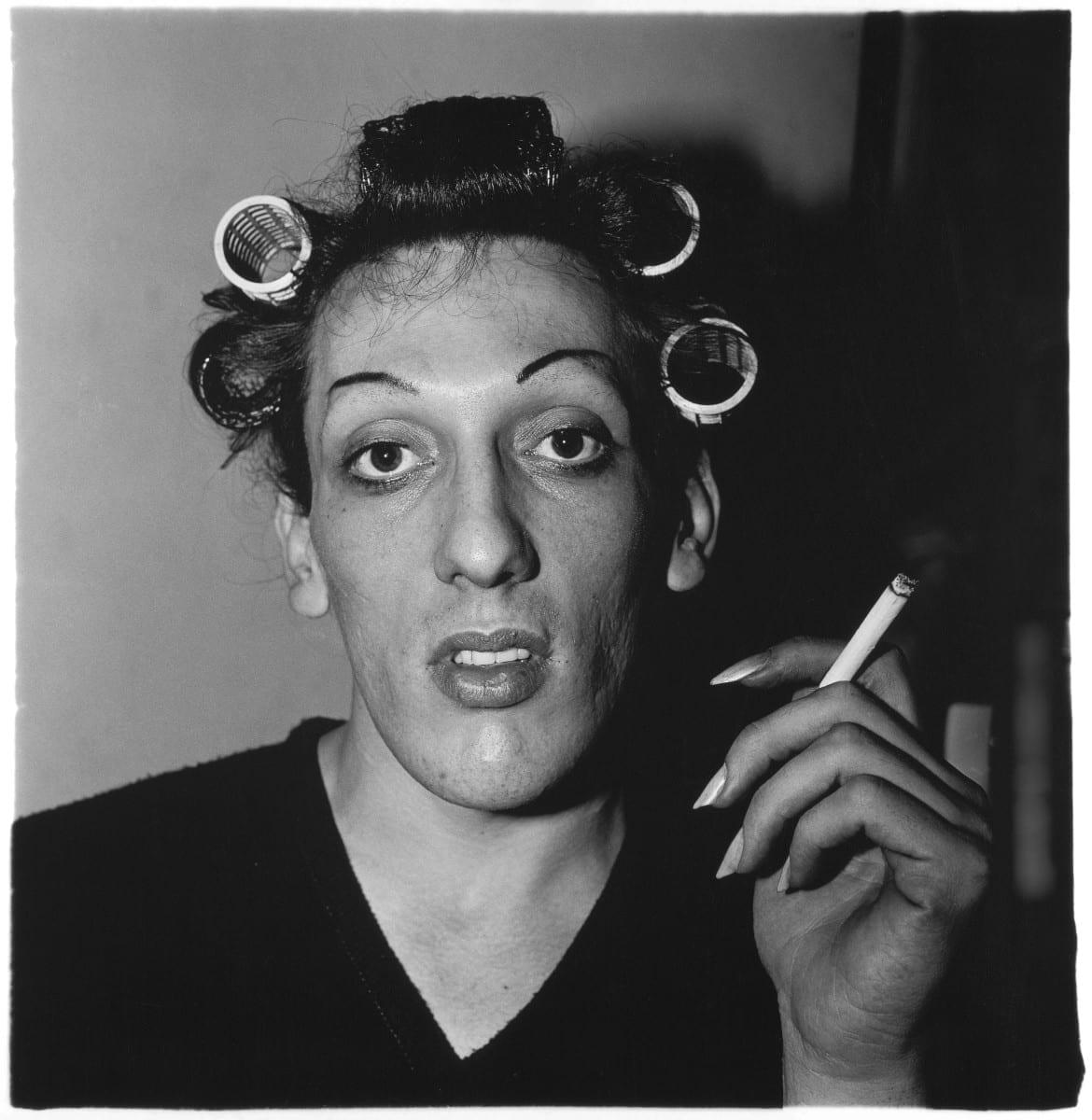 Individuals belonging to marginalized and vulnerable communities are subject to uncomfortable and degrading stares from the mainstream society, especially when they are in a public place. In the Arbus photograph ‘a young man in curlers at home on West 20​th street, NYC 1966’ is an important example of such a gaze.

Susan Sontag determines that Arbus’s photographic subjects with ‘crippled identities’ render history and politics irrelevant by atomizing the human condition into horror. Sontag further explains that Arbus’s acceptance of the appalling underscores the photographer’s coy and sinister motive based on distance and a feeling of privilege. 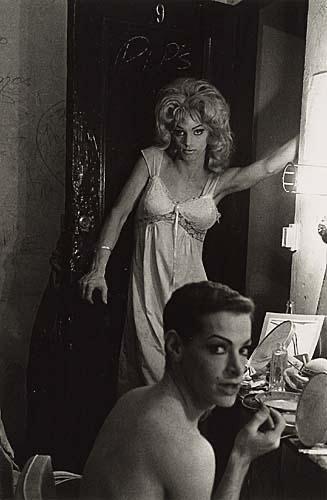 During the 1960s, the time period when Arbus was photographing sexually non-conforming individuals, homosexuality was banned in 49 out of 50 states in America which may have explained the instant labeling of Arbus’s work as ‘sensational’ and ‘shocking.’ In fact, in the year 1967 an exhibition held at the Museum of Modern Art in New York that showcased the work of photographers Garry Winogrand, Lee Friedlander and Diane Arbus was received with much commercial and critical praise.

Sandra S. Philips, the former curator at the Museum of Modern Art in San Francisco writes about the extreme reactions of viewers towards Arbus’s photographs wherein each morning the cleaner would have to wipe spit stains off the cover glass of her photographs, such was the sentiment not only towards Arbus’ work but also, towards the marginalized and vulnerable communities she photographed. 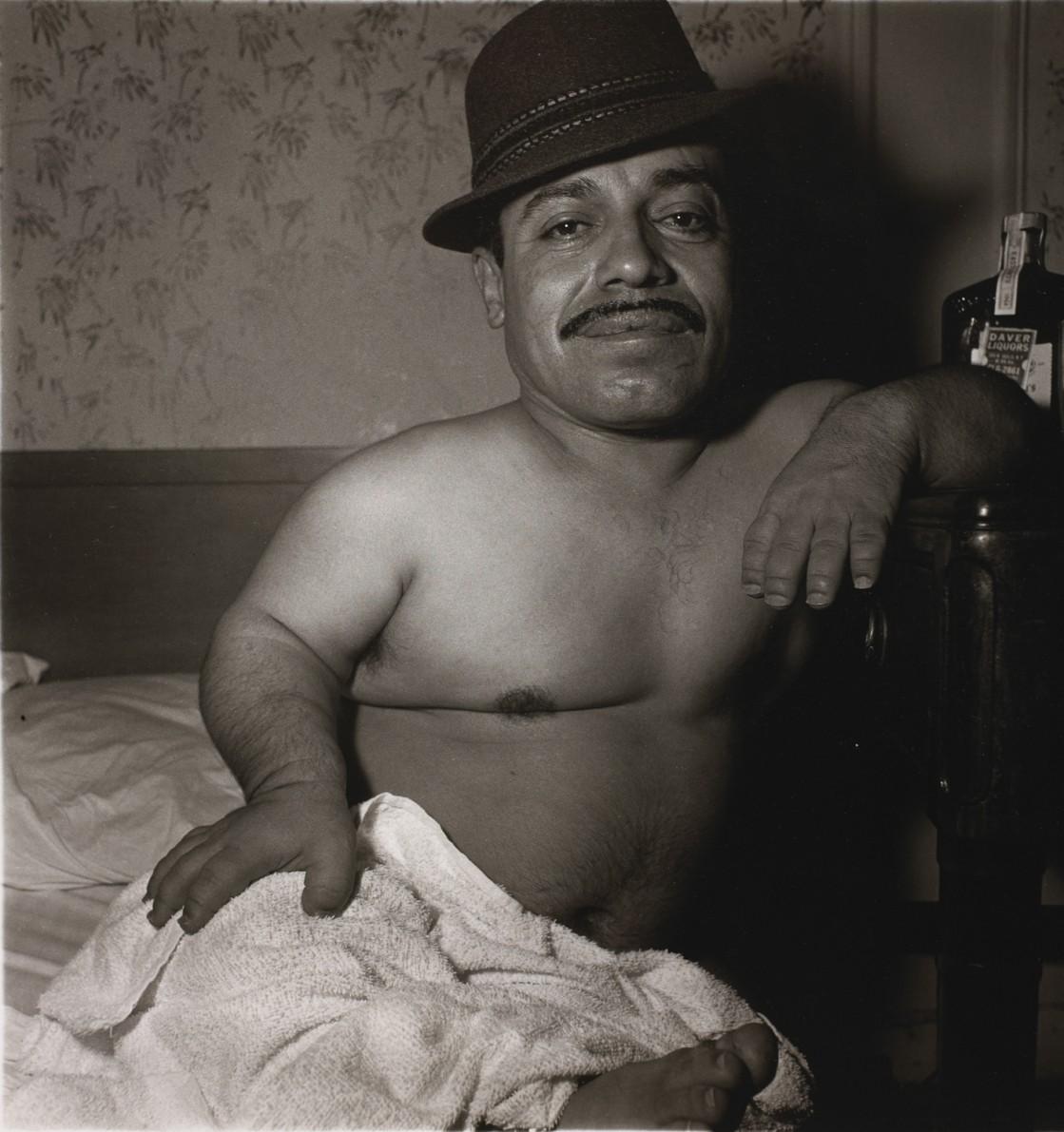 Arbus’s photographs have more emphasis on positive shapes i.e. photographic subjects. Most of Arbus’s subjects either fill two-thirds of the frame or are centrally placed. This technique, as described by photographer Jojo Cooper, is often referred to as ‘filling the frame’ wherein the subject is photographed in order to focus on the details. In Arbus’s images, there is increased focus on bodily details or visible flaws of those photographed.

Diane Arbus’s portrayal of marginality is revolutionary as the photographic subjects are photographed at either a private space or away from the gaze of the mainstream audience. They are positioned in settings where their ‘otherness’ isn’t amplified by the supposed normalcy of the mainstream society. In Arbus’s photographs, the subject’s biological or bodily difference isn’t for sale and their sexuality isn’t a fetishistic commodity sold and mocked at during the then popular ‘freak’ shows.

This site uses Akismet to reduce spam. Learn how your comment data is processed.